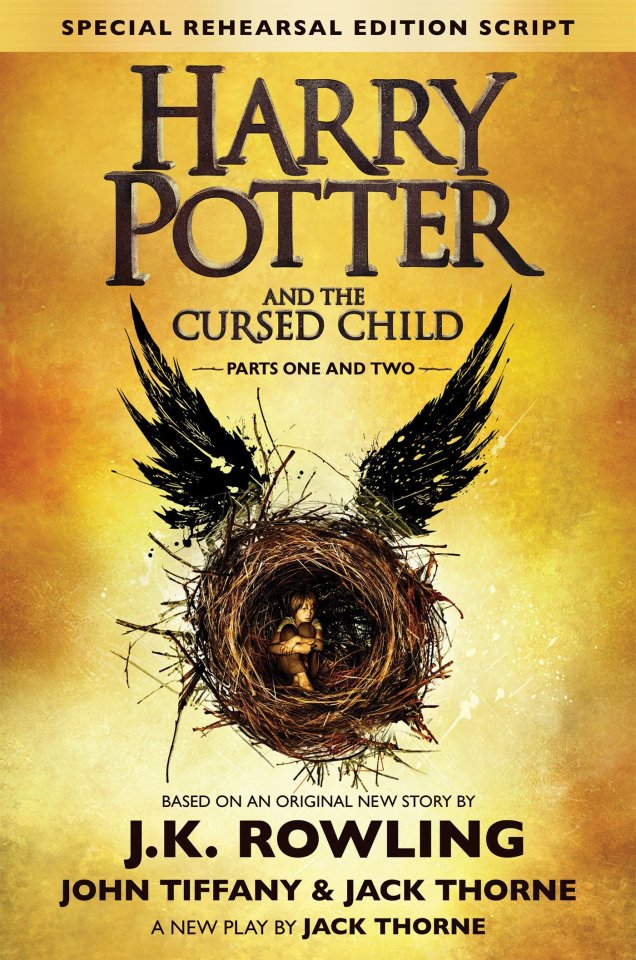 Here we are again, July 31st. It is J.K. Rowling’s birthday and she has given us a gift. Harry Potter and the Cursed Child has officially opened in the West End, and fearing my Fiance’s judgement at the expense I chose not to fly to England to see it. Luckily, I was made aware of the Rehearsal Edition Script was made into a book that was published today. I do not know how to speed read so I have not read much, but with only two chapters in I already love it.

For most of my life (I turn 26 on Tuesday), I have been heavily involved in the Wizarding World of Harry Potter. The Sorcerer’s Stone (Philosopher’s Stone) is the first full novel I had ever read outside of my parochial school’s required reading list, and it’s the first book that taught me to love reading. Because of Harry Potter, reading wasn’t a chore anymore. The movies, which weren’t as good as the books, had their merits. They helped define and added depth to the world I’d imagined and made me love these characters and their journey even more. My first tattoo was Harry Potter themed (more on that here). It’s safe to say, this franchise holds a special place in my heart and when the play was announced last year I literally cried tears of Joy. I will tell you I didn’t get very far into Harry Potter and the Cursed Child before I was a sobbing mess.

I give 10 Points to J.K. Rowling for setting the story up the way she did; it was the perfect way to grab the reader/audience. Mild Spoiler (in italics): the first two scenes (chapters in the book) are rewritten to be the epilogue of the Deathly Hallows. All it took was two scenes to hook me in. It took seven pages for me to break down into tears and bring the magic back. My heart filled with emotion because I was there, at King’s Cross on Platform 9 ¾, waiting for the next story to begin. I had to pull myself away from the page like it was a Dementor’s Kiss. I forced myself to stop reading because whatever happens next is new. It’s a brand new story starring Harry Potter and I couldn’t wait to let that pour all over me. I imagine this is what it feels like to drink Felix Felicis, things just seem like they are about to go my way.

I want to let this moment last because whether the rest of the story leaves me disappointed or begging for more, I will at least be going back to Hogwarts for a short time. And to finish out the remaining hours of Harry Potter’s (& J.K. Rowling’s) Birthday, I want to savor it. 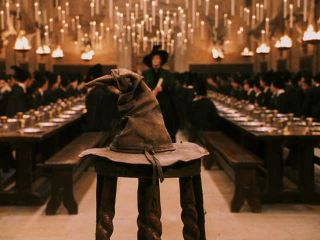 As a dork, I am proud to say that one of my favorite fandoms, both as a child and adult, is the  Harry Potter series. I remember reading these books when I was younger, and being transported into a magical and exciting world. The first novel in particular really expanded my love for the subject area, it and introduced lots of ideas and concepts that were essential to the entire storyline. One of these areas that I found so fascinating was the Sorting Hat. This sagacious item played a pivotal role in the wizarding world. When placed on a student’s head, the Sorting Hat decided which school House was best suitable for the new first-year students. These 4 Houses were Gryffindor, Ravenclaw, Hufflepuff, and Slytherin. Now as I grew older, I became very intrigued by his concept because it became evident that the Sorting Hat was never wrong. It truly had a magical gift to be able to tap into ones consciousness and potential to see not only where they belong, but also who they are.

Now the purpose of this blog is to pose a question, one that I hope anyone who has ever read or explored the Harry Potter universe as I have has also asked: Which House do you truly think you belong? This question shouldn’t be answered quickly. Don’t pick Gryffindor because it’s your favorite, or because you have a crush on Oliver Wood, but rather your decision should involv a lot of personal reflection.

When I studied more about the Houses specifically, I discovered that each has its own set of characteristics and traits. Now I understand that we all are different and posses traits that others may or may not have; however what I’m suggesting is that we should  take an outside look at ourselves and decide rationally where we fit. Personally, I loved and thought of myself as belonging to Gryffindor at first because let be honest…everyone loved Gryffindor! However,after much thought, I decided that I feel I fit in more in the House of Hufflepuff based on my loyalty and compassion towards others, and that I’m really not that brave.

I am now going to conclude this little discussion by posing to you readers to think about which House you belong. Are you brave and daring like Gryffindor, clever and witty like Ravenclaw, loyal and compassionate like Hufflepuff, or cunning and sly like Slytherin? The choice is up to you!! 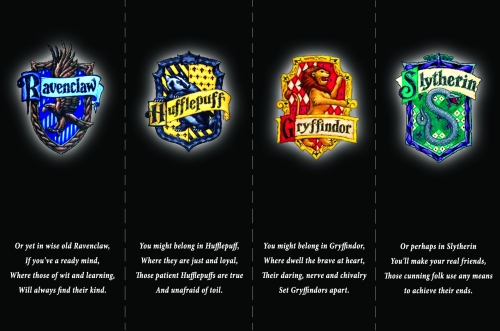